Accueil » The forest conservation plan » The wood resource in France

The wood resource in France

In mainland France, forests currently cover 16.9 million hectares, or 31% of the territory. It is the most important land use after agriculture, which covers more than half of mainland France.

Wood stock in the forest

The volume of standing timber in the French metropolitan forest is 2.8 billion m3. The average volume per hectare is 173 m3.

The private forest comprises 72% of the volume of standing timber. Volumes per hectare are higher in public forests (198 m3 / ha). 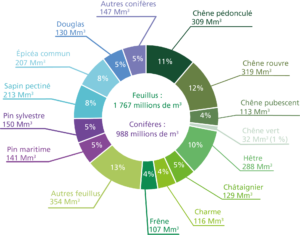 Oaks (pedunculate, sessile, pubescent and green) are the hardwood species most represented in the metropolitan area (44% of the volume of hardwoods).

Conifers form nearly a billion cubic meters. Common spruce and silver fir together account for 42% of the volume of conifers.

The diversity of forest stands

The French metropolitan forest is mainly a deciduous forest, the stands of which represent 67% of the forest area (9.9 million hectares).
The national forest inventory lists more than 190 different tree species, including 142 hardwood species. Their geographical distribution brings regional diversity to the metropolitan territory.

The forests of northeastern France and the Massif Central are the most diverse. In contrast, the Landes massif is a large massif of pure stands of maritime pine.

Source: data provided by Bernard Michaud which has been compared with data from the red list of vascular flora in mainland France (to be downloaded below) :

Note: this list is not exhaustive, it lists trees and shrubs that may be of interest for violin making, archery or similar uses. It will be necessary to complete it and add information related to the distribution area of each species and to detail more precisely for which family of instruments and parts of instruments these woods are best suited.

Learn more about the IUCN Red List and its assessment criteria 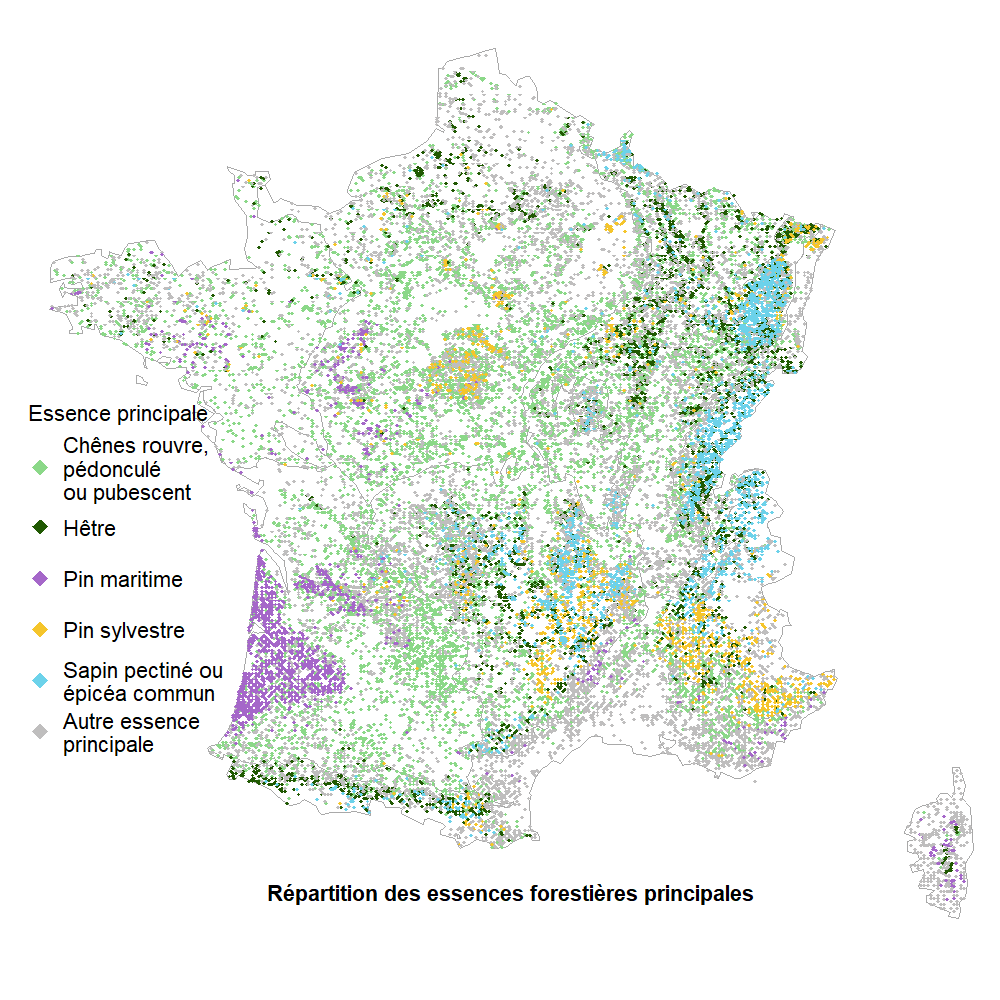 Back to the "Forest conservation plan" page